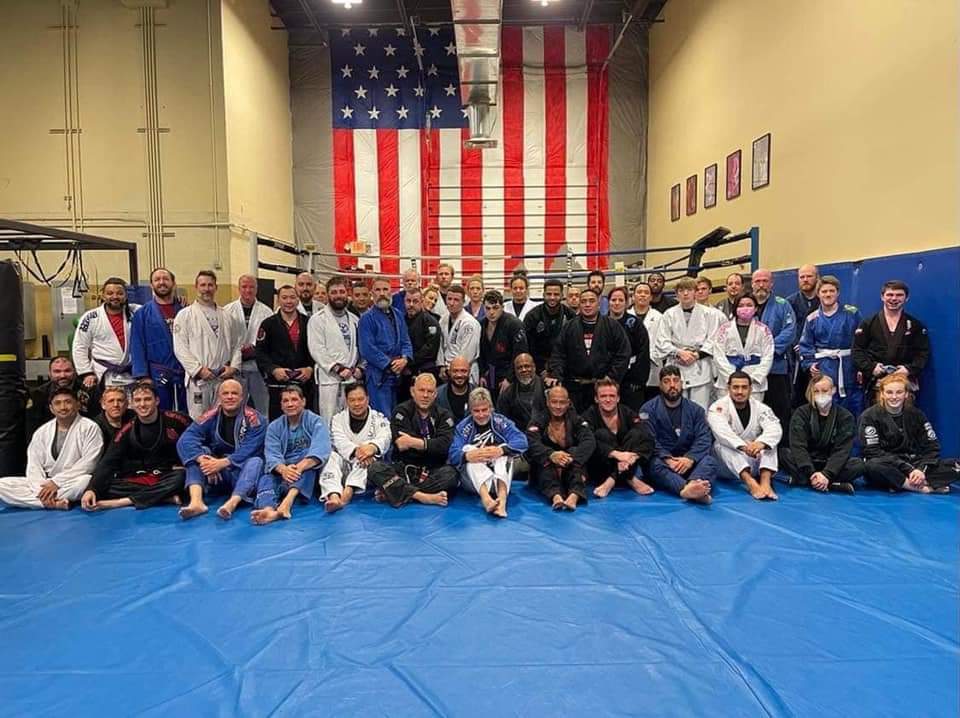 Training with legends of the sport is what makes this all worth it! Erik Paulson's credentials speak for themselves, and it is a huge honor to be a part of this community.

Sensei Erik Paulson taught a seminar at Pat Tray's Trident Academy of Martial Arts on 05 February 2022, and covered some fantastic material. Here is a quick snippet of Sensei Erik's background.Sensei Erik started his martial arts career in Judo and after several years of training, he moved into Taekwondo, Boxing, Karate, and Aikido. He eventually moved to California and became a student of the legendary Guro Dan Innosanto. Under Guro Dan's tuttilage, he learned styles such as Jeet Kune Do/Jun Fan Gung Fu, Kali, Sambo, and Silat. He started Brazilian Jiu Jitsu in the 1980s under Rorion, Royce, and Rickson Gracie; learning in their garage. Eventually, Sensei Erik retutned tot he Inosanto academy and met Sensei Yori Nakamura who taught him Shoot Wrestling. Erik also training extensively in Catch Wrestling under Billy Robinson. In 1993, Sensei Erik had his first Shooto fight, submitting Kazuhiro Kusayanagi.Erik was the first American to win the World Light-Heavy Weight Shooto title. Eventaully, he found his way to the Machado brothers.

Sensei Erik holds a black belt in Judo, black belt in Taekwondo, "A Class" in Shooto, and is a 6th degree black belt in Brazillian Jiu Jitsu under Master Rigan Machado. He is the founder of Combat Submission Wrestling (CSW) and STX Kickboxing (Savate/Thai cross training). He runs the CSW Training Center in Fullerton, California and has had some notable students such as: Josh Barnett, Cub Swanson, and Brock Lesnar to name a few.

His acolades speak for themselves, and it is such an honor to train with him.